Overcome the evil that has plagued the lands of Britain.
Time Management Strategy

Save 25% with Roman Adventures: Britons Collection

Includes 2 games: Roman Adventures: Britons - Season One, Roman Adventures: Britons - Season Two
"I like Roman Adventures: Britons - Season One very much. It has many adventures, the characters are more mobile and life-like than in most games. It reminds me of the Adelantado games that I have purchased. I like building the towers to expand the territory and the length of each stage. It is very interactive and has you wondering what will happen next."
-Review from GameFools customer: mhwilliawh
Game Description
In ancient, glorious times, the Roman Empire was actively expanding its borders. To conquer the northern lands, Caesar sent General Flavius to the British Isles where the Roman Army set out to subdue the proud Celtic people. Following talks that were supposed to end with a peace agreement, a terrible misfortune caught both sides unaware - the Filth. It devoured everything living in her path, carrying curses and woes to all the lands that were under its evil power. The Romans agreed to help overcome the evil that has plagued the lands of Britain. In exchange for such a meritorious deed, the Britons agreed to peacefully join the Roman Empire. Whether it will be possible to destroy the Filth depends entirely on you.
More Customer Reviews
The game is the best in the series. Great graphics and challenging enough to keep your attention. The storyline is interesting and the trivia facts are an added plus.
-simst_2000
The game is an ingenious combination of the Roads of Rome series and the Adelantado Trilogy. However, so far the levels are so much more challenging.
-hmbsness
Can't stop playing. This game is actually driving me crazy! I think I've mastered it when they throw something new at me. The time management, strategy, and challenges at each level are so surprising and entertaining. When I finally beat the challenge I find that I feel I have to attempt another level, after practically screaming when I fail to reach the time level. When I finally do win a level, my kids can hear me from the other room and cheer me on to the next level. It's addictive and surprising and so satisfying to succeed. Time goes too quickly. This is extremely difficult and challenging, but so satisfying. The game is a combination of several others -- Roads of Rome and Adelantado, taking the best of each to develop a great game. This is probably the most difficult game but it's so intricate and entertaining that I am determined not to give up, no matter how much time it takes. As frustrating as it can be to not finish before the time runs out, I love winning!
-bernice1226
I liked the flow of the game. It was challenging and engaging with a logical flow. It was easy to understand.
-chief1kee
I like this sort of game and was really impressed with this one. The graphics are clear with sharp coloring. It is quick and I was delighted when I had thought I'd finished and it opens up. I will definitely recommend this game to friends and family.
-s.galley45
This may seem like a child's game but it makes you think. I appreciate the light humor as well as the light subject matter. I'm always looking for games that are simply about the challenge instead of about a monster or strange villains. I highly recommend all the games in this series. Thanks for putting out great games.
-aklucky113
I always loved Roads of Rome and this excellent game is a proper continuation of the series. I really love it. I hope season two is coming soon!
-e.anderson2015
Love the concept and it's not easy to complete if you like a challenge. Have played all the games in the series and they keep getting better.
-neal_family_forever
Not the game I was looking for but I was pleasantly surprised. Great price overall and no regrets.
-estebanpacheco16
I have played all the Roads of Rome games and even purchased most. While this is along the same lines, it's a lot more challenging which is good. It will take some considerable time to complete this but it's a really good game.
-anderson-g1
I really enjoyed this game because I love the Adelantado games. It was very similar to those games where you choose your builds and are in control of the set up of production and resources.
-amhomeopathy
Loved how challenging it is. It's different than a lot of other time management games, more strategy.
-blizzey
This is a continuation of the Roads of Rome series. My favorite game genre is the time management games, particularly those with a story line. This one fits my criteria.
-cg1028
Really good game. Enjoyed playing it. Adelantado meets Roads of Rome. Would definitely recommend it.
-debjohn
This game was very entertaining and the story was very interesting. I think people of all ages would love this game.
-kathyjo924
It is a great game. I love to play it as it's fun, addicting and interesting. I really recommend it.
-ORBA2005
This is one of my favorite games. I have played it several times. I can't wait for the next one. It is very challenging and it is one of those games where you keep playing it over until you beat it.
-shera53
Autoplay videos 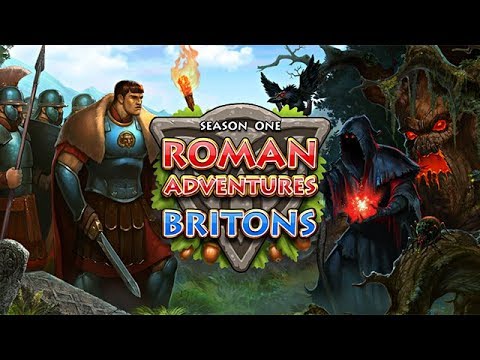